Community of Hope International is a Christian community united in prayer, shaped by Benedictine Spirituality and equipped for service in pastoral care ministries.

Are you interested in being a better listener? Are you feeling drawn to live into a more intentional spiritually? Then you might find COHI training and community meaningful.

Upon completing of the training and commissioning there are monthly “Circle of Care” gatherings that bring a wide range of speakers to build the skills of the members. These gatherings also offer an opportunity for fellowship and community building.

If you have attended Community of Hope Int'l (COHI) training somewhere else or would like more information please contact Jody Gillit, Minister for Pastoral Care at [email protected]christchurchcathedral.org. Visit the COHI website http://www.cohinternational.org/ to learn more. COHI training is required to be a Lay Chaplain at Christ Church Cathedral. 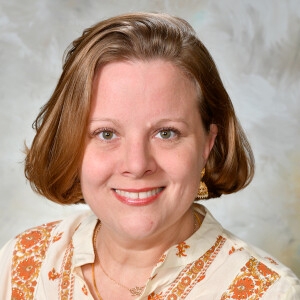 Jody comes to the Cathedral staff after nineteen years working in the University of Houston system, most recently as a manager and team leader. Jody has completed programs for Community of Hope International, Mourner’s Path facilitation, the Alzheimer’s Association support group facilitation, and other pastoral care training. A lifelong United Methodist, Jody has served as a youth and adult leader for Chrysalis locally, regionally, and internationally. She has been a lay minister for home communion and served in music ministry for those in juvenile detention. Most recently, Jody served as a Red Cross volunteer at the George R. Brown Convention Center in the wake of Hurricane Harvey.