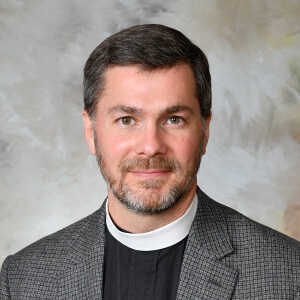 Since February 2013, Barkley serves as the eighth dean and twenty-third rector of historic downtown Christ Church Cathedral, the oldest church in Houston, Texas, and the cathedral church of the Episcopal Diocese of Texas. A vibrant, growing parish of 3,000 members, Christ Church has served for more than 175 years as a testament to the presence of God in the midst of the city.

Prior to Houston, Barkley served as the rector of St. John’s Episcopal Church in downtown Roanoke, Virginia. Barkley began his vocation as rector of the Church of the Holy Apostles in Collierville, Tennessee (a suburb of Memphis). A “re-start” parish that moved from the city to the suburbs, Holy Apostles grew from 40 to over 400 members and constructed the first new Episcopal church in West Tennessee in over a decade.

Barkley is an avid writer and has published essays in The American Journal of Philosophy & Theology, The Journal of Pastoral Theology, The Anglican Digest, The Living Church, and Ratherview. He is the author of two books, Elements of Grace (2013) and In the Midst of the City: The Gospel and God's Politics (2018). Barkley also preaches and teaches around the country and serves on interfaith panels with leaders from other religious traditions. Barkley chairs the board of The Beacon, Houston’s largest empowerment day center for the homeless. He also serves on the North American Committee for St. George’s College - Jerusalem, the Anglican Center in the Holy Land, and on the board of Episcopal High School in Houston.

Read the Dean's blog for his reflections on Life, Faith, and the Gospel.